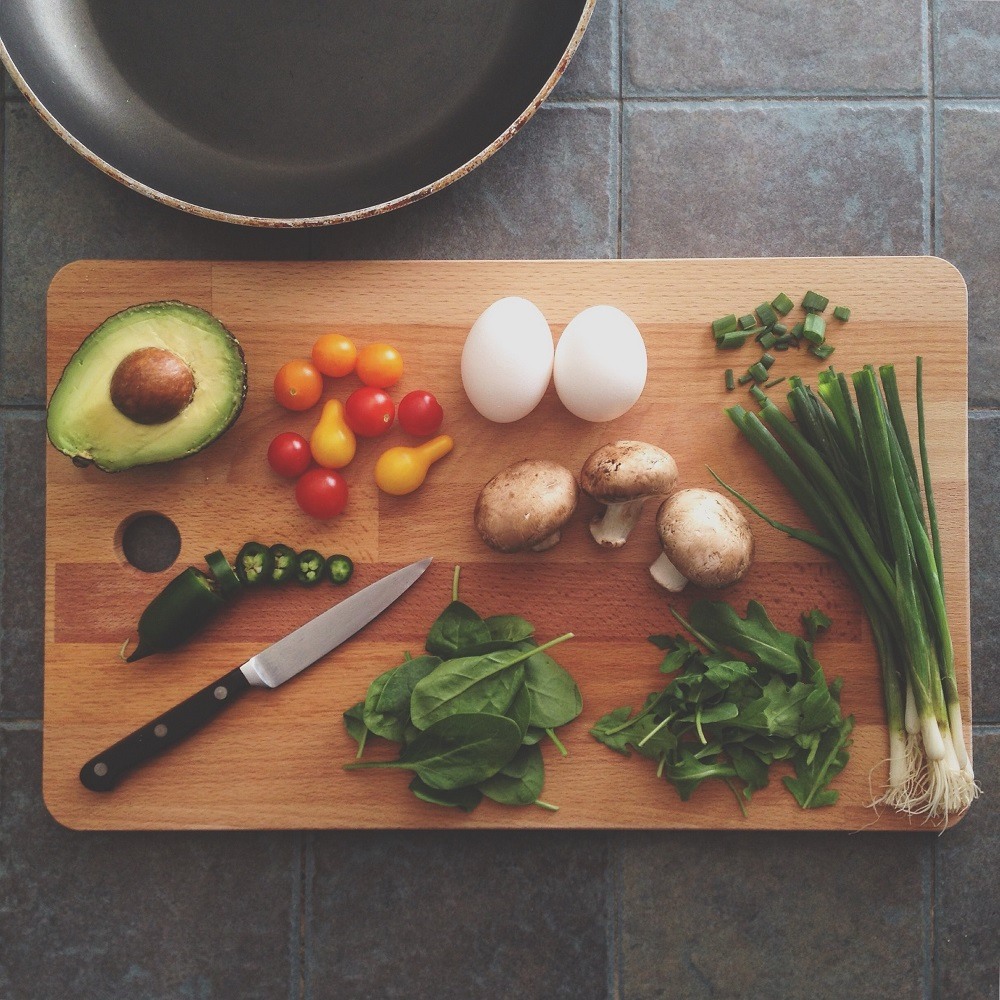 Nutritional and dietary advice is a topic that is often not discussed within the Historical European martial arts / HEMA community as the majority of focus is on reconstruction of these fighting arts. However, performing any type of sport activity without regard to your nutritional needs can potentially result in less than desired performance in your skill gains and athletic ability increases in the school and even at tournaments, since your body requires proper nutrimental intake to perform athletic work.

This article is intended to provide additional information regarding nutrition for martial arts needs. This guide is complimentary to our previous articles on fitness specific related topics, which you should also read.

Table of Contents hide
1 What Should Historical European Martial Artists Eat?
2 Should I take protein powders and other supplements for martial arts training?
3 Can a martial artist build muscle and lose fat at the same time with a proper diet?
3.1 Related posts:

The answer to the question of what historical European martial arts athletes should eat is complex, yet not so complicated that general advice cannot be provided.

Firstly, one must consider dietary restrictions a HEMA martial artists has. If you have food allergies this must clearly be considered in your diet, as well other conditions such irritable bowels (IBS) and other disorders that can alter the normal way that a person interacts with food. There are also people who have deficiencies, such as diabetes, that will impact their diets. The information in this article should therefore be considered general information that applies to most people — anyone with specific dietary needs should consult a doctor who specializes in those issues.

Secondly, there is a lot of misinformation about the dietary needs of amateur athletes — which predominantly, those who practice Historical European martial arts are. This misinformation is primarily spread by those within the fitness industry seeking to capitalize on the ignorance of amateur athletes to sell them special dietary meal plans, dietary supplements and other things that may not be useful to amateurs. Many of these supplements and diet plans are actually intended to serve the needs of professional athletes, and the dietary needs of someone who is a professional athlete who spends a substantial amount of their day training is different than the hobbyist fencer who studies long sword fencing as a form of exercise. This article is written for the average person who is seeking to use HEMA for fitness reasons although the information is also of value for those who seek to be competitive fighters in tournaments.

Thirdly, within the martial arts community there are people who model their training on myths and legends. As an example, some martial artists will model their diets on the eating habits of historical Shaolin monks who were noted to be vegetarians, and believe that they can still grow very large muscles even as a vegetarian on diets of rice and vegetables, based on photos of present day Shaolin monks. However, the modern reconstructed order of Shaolin monks are not strict vegetarians.

The Role of the Anabolic Properties of Plant- versus Animal-Based Protein Sources in Supporting Muscle Mass Maintenance: A Critical Review (link)

Many of these junk science studies are associated with companies that seek to push plant-based proteins for commercial gain. This is because the overwhelming majority of protein dietary supplements, such as protein powders, are made from plants such as soybeans. It is well established science that proteins from plants are harder for the human body to digest than meat-based proteins are. Do not be misled by marketing tactics claiming otherwise.

More research into this area is required, however, to be able to provide precise figures for how much plant based protein a person must consume as compared to a person using a meat-based protein diet. Realistically, both plant and meat food sources should be consumed by any athlete to get the best results, as humans are omnivores. Our ancestors consumed both plants and other animals for many millions of years, and our modern day bodies have evolved to perform optimally when we have sufficient nutrients from both sources. While the human body is able to digest vitamins, amino acids and proteins from many sources, some sources are easier to digest than from others. This applies to both meat and plant based sources; some nutrients are better gained from plants and some are better gained from meats. This should be considered when forming a healthy, well-rounded dietary plan.

On this same note, it is advisable to avoid fad diets such as the so-called ‘carnivore’ or ‘caveman’ diet fad, which is rooted in the erroneous belief that modern day humans should eat like our prehistorical ancestors did. The reality is that, just as present day humans have significant differences between ourselves and our ancient ancestors, so too do many of the animals and plants that have survived to present day. Our bodies have adapted to consume and run on the nutrients which exist in plants and animals of the present day, not the ones which existed millions of years ago. This means that consuming an entirely animal based diet is just as unhealthy for a person as an entirely plant based one, as both extreme diets deprive the human body of essential nutrients which only appear in one type of source.

Several important nutrients for optimal brain function only exist in meat based sources (examples include creatine, carnosine, taurine, EPA and DHA omega-3, haem iron and vitamins B12 and D3).While some of these can be synthesized in a lab, the synthesized versions are not as digestible which leads to health problems. Likewise, nutrients such as vitamin C, quercetin, lignans, beta-glucan, inulin, pectin, and starches are found only in plants. Modern day humans need all these nutrients for optimal health and while it is possible to survive without adequate intake of some of these, deprivation of nutrients over a long term period will inevitably cause health problems in the human body, especially of the brain. It is not a coincidence that people who engage in extreme dietary restrictions develop anxiety issues and other forms of psychosis.

In conclusion the best diet for most people who participate in martial arts practices, who want their bodies to perform optimally in both mental and physical performance, is a diet that has balanced nutrients from both the plant and animal kingdom; a diet which provides sufficient calories for working out, but not so many that you become overweight.

An easy to use system to follow is the ‘Healthy Eating Plate‘ developed by the Harvard School of Public Health. While it is very simplistic and does not provide precise measurements for portions of food from different sources, it is effective as a general guideline for how to eat healthy as a person who is active, such as a martial artist.

For a more nuanced discussion about different types of proteins and their impact on muscle growth, you should watch this video by James Linker.

Should I take protein powders and other supplements for martial arts training?

Despite the claims of many fitness gurus within the athletic community, a person does not need to take protein powders for optimal muscle protein synthesis to occur. The amounts of protein that even a pro athlete needs to see optimal muscle mass growth are frequently exaggerated in order to push protein powder supplements on naïve fitness beginners, especially within the weight lifting community. Instead, whether a protein powder is useful for you or not will depend more on other factors such as if it is more convenient for you to consume protein in a drink format, or not.

For a more detailed discussion about the usage of protein powders and clearing up common misconceptions regarding protein supplements, you should watch this video produced by James Linker on the topic,

Another popular supplement is creatine. Many fitness gurus encourage people to consume creatine as a dietary supplement, and there is evidence to suggest that creatine supplements do have a positive impact on athletic performance. However, much like with protein sources there are nuances to this topic. For a detailed explanation of how creatine supplements work and whether creatine supplements are right for you, you should watch this video by James Linker.

Can a martial artist build muscle and lose fat at the same time with a proper diet?

It is possible for a martial artist (or any athlete) to build muscle and lose fat at the same time, although it requires particular factors. An excellent video discussing this topic in greater details is this video from James Linker,

We realize we’re sharing many videos here in this article and the reason is because we want people to know they are getting information that is evidence-based from experts. Many people have mistaken ideas about nutrition which, while may be popular, are not evidence based. Not all studies that claim to be scientific are using the scientific method correctly, and it is important to actually read the studies to see how the claims they make were developed.

A person’s health is such an important issue that you should take advice from credible sources who make evidence-based suggestions, not from junk science or fads pushed by gurus — regardless of their “credentials”. You only have one body for your entire life and you should take care of it.

If you’d like to learn more information about historical fencing practices please check out our Learn HEMA page for a guide to learning about the historical weapon that interests you. You can also find more guides we’ve written about other topics at our Helpful Guides page. Feel free to share your thoughts on this article by commenting or at our forums or our Facebook Group.