The Best Albion Swords for Sale to Use in HEMA 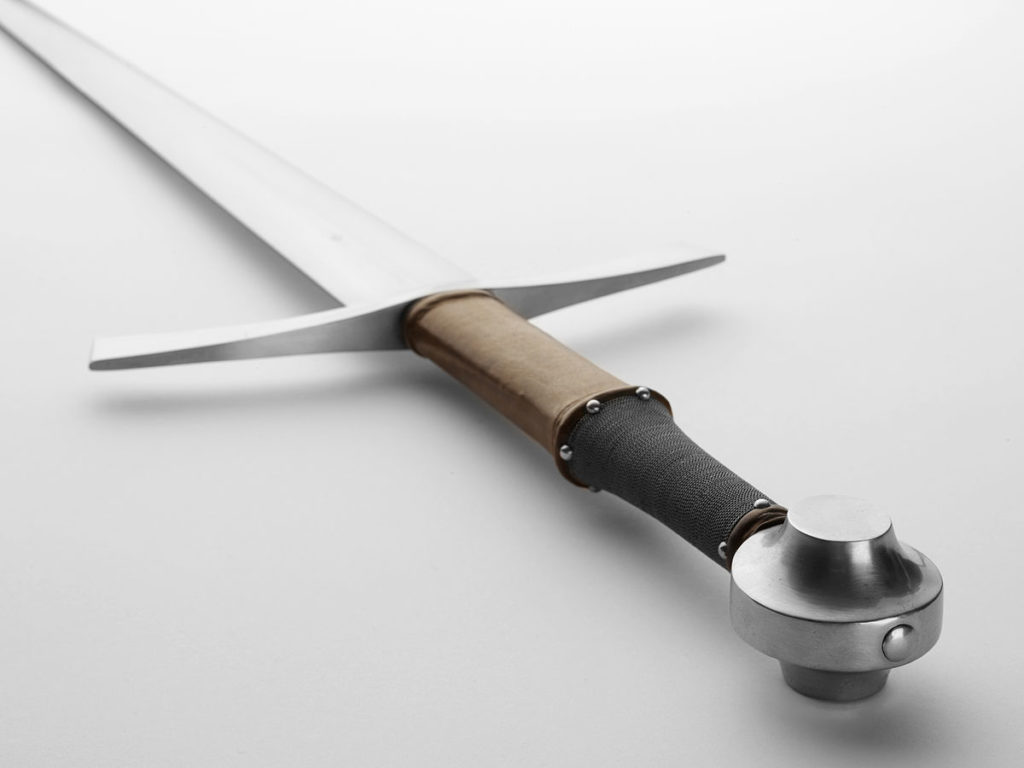 If you are looking for the best Albion swords for sale that will work well for Historical European martial arts (HEMA) usage such as tournament test cutting practices then you have come to the right guide. There are many models of Albion Swords for sale but not all of them are as useful for HEMA practice, as we study specific types of time periods and require sword types that would have been used during this period of history.

Who is Albion Swords?

Originally founded under the company name of Albion Armorers, this is a manufacturer of high end European medieval swords made from 6150 steel. Based in New Glarus, Wisconsin Albion Swords has made a reputation for itself among historians, sword collectors and members of the Historical European martial arts (HEMA) community as a producer of historically accurate weapons, as each sword they produce is based on an actual historical sword piece in either a private collection or a museum (the only exceptions being their movie replicas line of swords).

Unlike many custom forgers of swords, Albion mass produces the blades using a computer assisted stock removal process that ensures each blade is near identical to the historical piece it is based on. The blade blanks are then finished with grinding and polishing by an artisan.

Albion Swords are well liked in the community of historical fencers for use in cutting practices against tatami, clay and other materials, as the handling properties of the swords combined with the qualities of 6150 steel allow for a superior edge retention compared to cheaper swords on the market.

The Best Albion Swords We Recommend

The Albion Alexandria and Principe models are very popular swords for high end cutting practice among Historical fencers.  Both have identical models of blades, which are more triangular shaped than the average long sword and this helps make the blade an excellent cutter of things such as tatami mats.

The Alexandria is slightly cheaper and the Principe has the more elaborate hilt stylings that are a hallmark of many late Medieval and early Renaissance Italian swords. While more lavish in character, the Principe is no less a weapon than the simpler Alexandria sword is.

The Albion Talhoffer model is a long sword (advertised as a bastard sword) that is also popular for cutting practice, as this model is intended to replicate the kind of sword that would have been used during Talhoffer’s lifetime.

Albion Fiore Longsword is another good model of interest to those who study Italian Armizare. The sword is based on an actual historical piece that somewhat resembles the type of sword depicted in Fiore de Liberi’s manuscripts The Flower of Battle (Fior di Battaglia, Flos Duellatorum).

Albion Agincourt is another model people enjoy, based on a sword that is believed to have been used during the Battle of Agincourt.

Albion Crecy War Sword is a sword modeled on a blade that is thought to have been used during the Battle of Crecy, one of the key battles of the Hundred Years War.

Any one of these swords would be historically accurate for the time periods studied by long sword historical fencers and the qualities of the blade make them ideal cutters. They are, however, fairly expensive ranging from $800 to $1,200 each. Albion Swords markets their weapons as being ‘heirloom quality’ items, intended to be works of art as much as functional weapons. While there are cheaper options if you want to get started into test cutting an Albion sword gives the best handling properties for competition cutting practices in HEMA.

We hope these sword safety tips are helpful and will keep you and others safe.