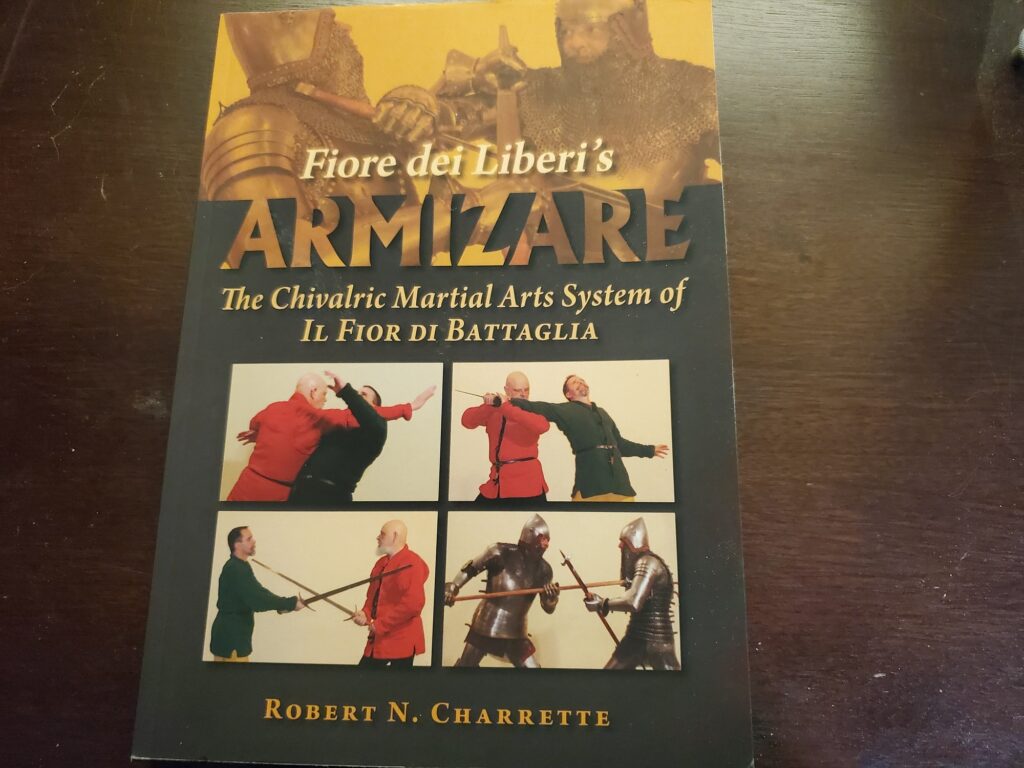 This is an examination and book review of Fiore de Liberi’s Armizare: The Chivalric Martial Arts System of Il Fior di Battaglia by Robert Charrette of Forteza Historical Swordwork Guild. Charrette, who also goes by Bob, wrote this book in 2011 and it is still one of the best companion books to studying the source manuscripts of Fiore de Liberi, in particular the Getty translation by Tom Leoni. The book is 233 pages.

As with many HEMA companion books that seek to provide context to the historical source texts, Charrette’s book does not cover every single play contained in Fiore de Liberi’s Armizare system, although he does cover most of them. The book does provide a deep discussion of all of the major sections of the Getty, from the unarmed, dagger, sword, pole-axe, spear; unarmored and armored. Charrette even briefly discusses his ideas about the mounted combat section, something often overlooked in discussions about Armizare.

The greatest value of this martial arts book for the student of historical long sword fencing is in the detail Charrette provides for the decisions he has made in his reconstruction of Armizare. Charrette dissects the exposition of the Getty and explains his interpretation thoroughly, often including citations in the footnotes of each page of his book that explains where information has originated from. More importantly Charrette’s book has been organized in such a way that there are graphs that show the movements of plays, using a layout that allows for even a beginner to understand the necessary steps to perform a play.

Unlike the original source material of the Getty, Charrette takes time to show the sword stances, or guards, from multiple angles to help the student understand proper positioning of the body, as well as of the swords. This is one of the details we think is most beneficial for beginners seeking to learn swordsmanship from a book.

One of the strengths of the book is the time Charrette spends on showing what he describes and the effort taken to help the reader understand as much as Charrette has learned over the decades he has been studying Armizare. Examples of sword stances / guards are shown next to an illustration copied from the Getty, helping put things into context for the beginner, with great emphasis on showing where every posture, stance and position Charrette describes has originated from in the Getty. He does this while also providing his own thoughts and notes on why he performs certain actions the way that he does.

While the book is predominantly an examination of the Getty, there is some material from the Pissani-Dossi that is mentioned such as comparison between different textual differences accompanying illustrations and how Charrette has incorporated this material into his reconstructed system of Armizare. Furthermore he will sometimes note when translations can be problematic, pointing out linguistic differences between the usage of words like gambeson with modern sensibilities compared to what they meant during prior periods of history versus what they mean to us today in the re-enactment or living history communities. Charrette even briefly touches upon differences of material as compared to that contained in the Liechtenauer Tradition, while also mentioning similarities that he notices.

In conclusion if you have an interest in studying Armizare then we recommend Fiore de Liberi’s Armizare: The Chivalric Martial Arts System of Il Fior di Battaglia by Robert Charrette as an excellent companion book. Although published in 2011 the book is still one of the premiere texts concerning this art. 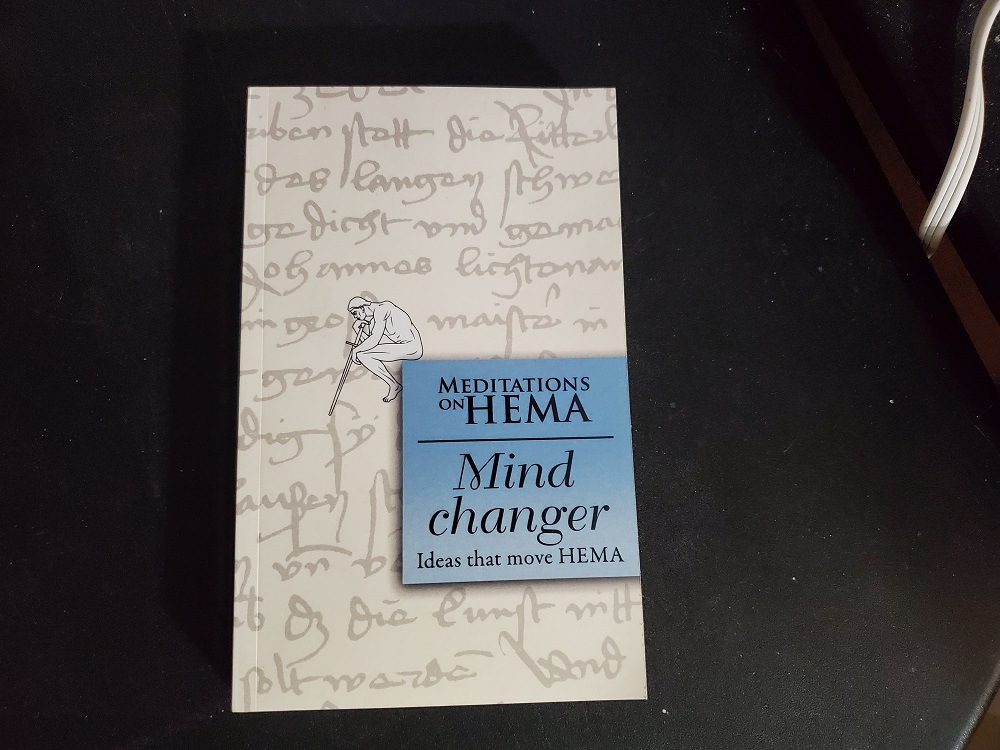 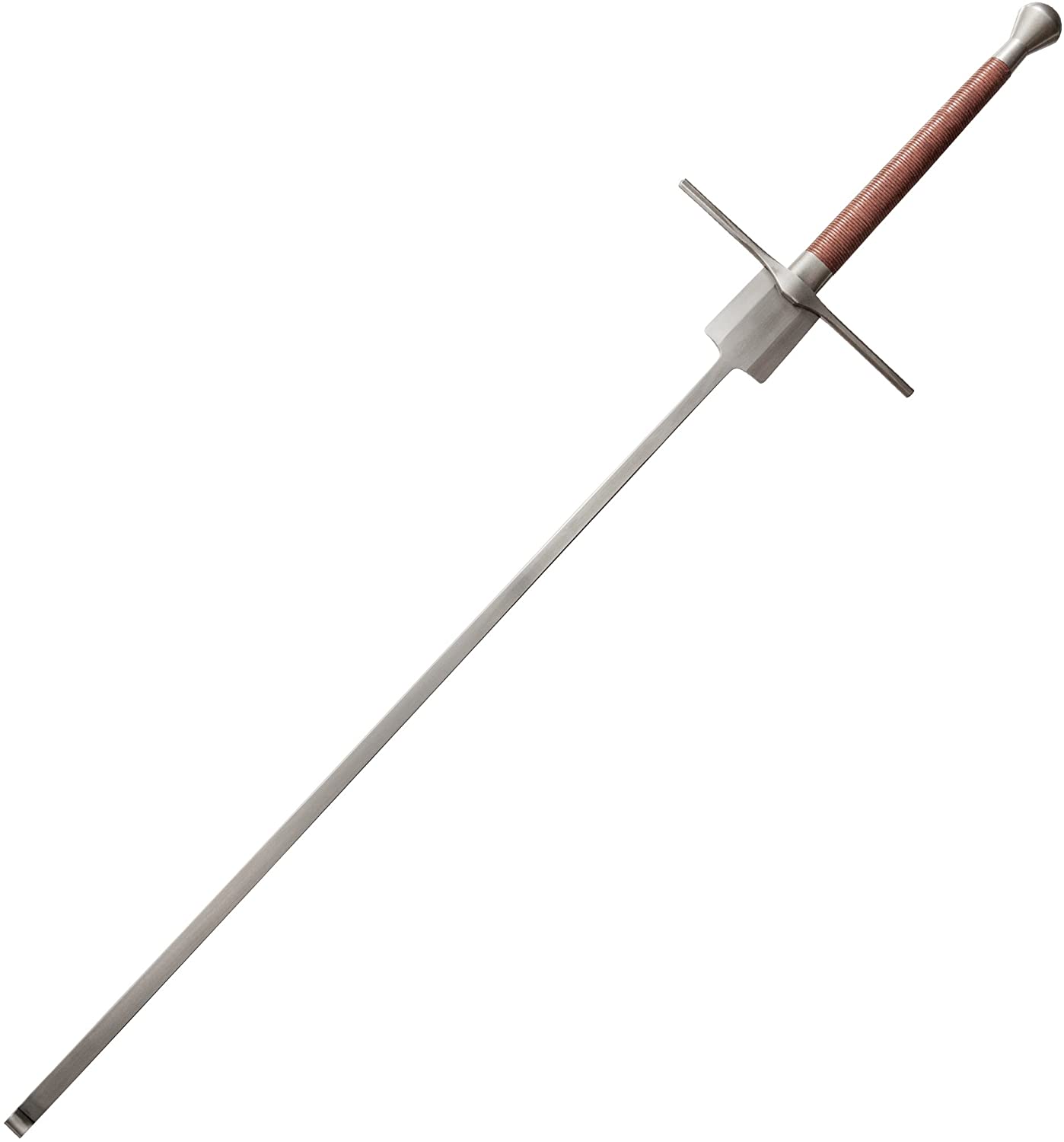 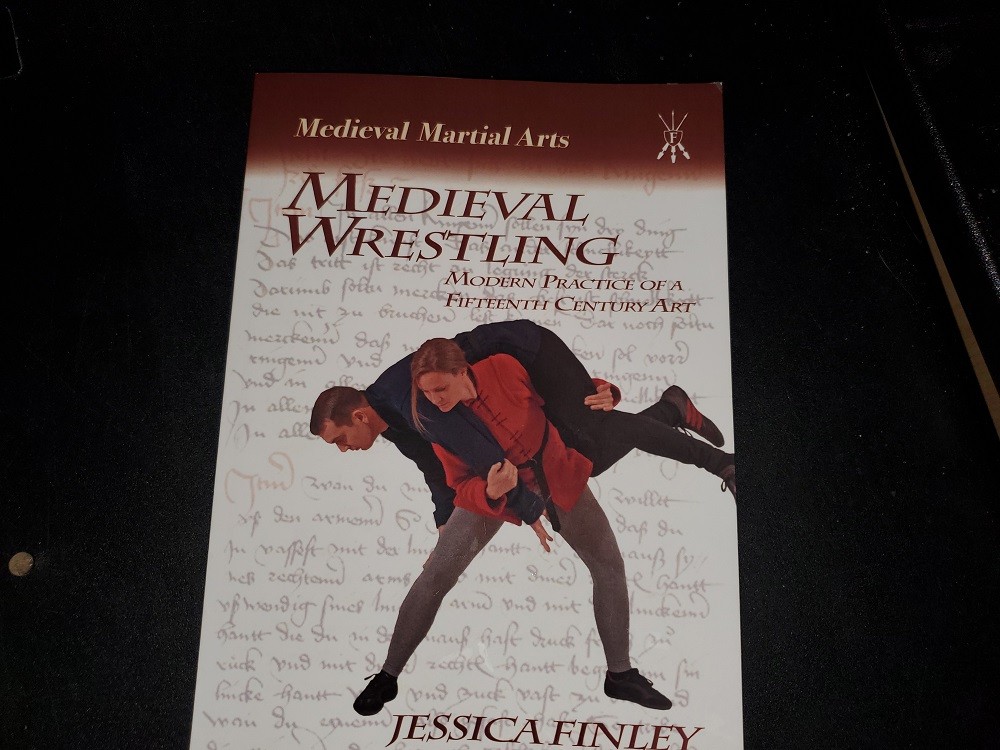