What Martial Art did Knights use? 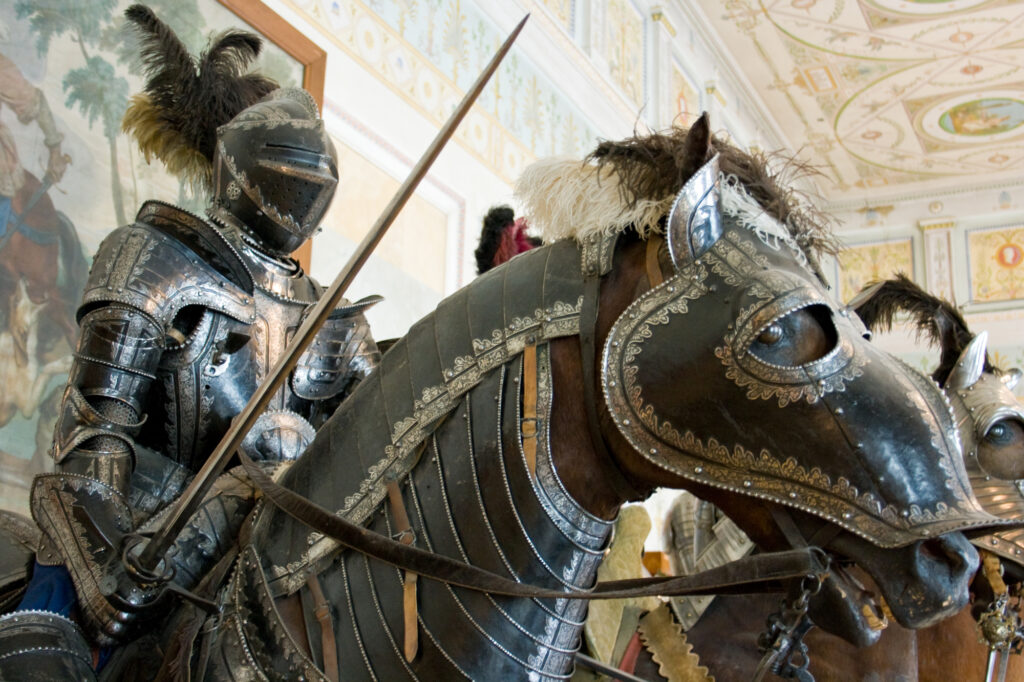 A question sometimes arises within discussions about medieval European history about what martial art styles knights used and taught to fight with. This seems to be a topic not well understand among the general public, with many people believing that only Asian martial artists like samurai had unique martial art styles. This just isn’t true. European Knights fought their enemies with swords, shields, lances and other polearm weapons, often while mounted on a war horse and they developed specific schools of martial philosophy and strategy centered around the use of arms to fight wars and battles. These traditions were just as well developed as anything that samurai had.

European knights were men born to a special social class of nobility and trained all their lives to prepare for war. From the time they were young boys until the time they were grown men, they trained in how to use their weapons, wear armour and ride horses for battle. They would begin their martial training in their early teens, spending at least six years training day after day in their style of martial arts. For example, the 1st Earl of Pembroke William Marshall (also known as Guillaume le Maréchal) underwent his accolade knighting ceremony when he was twenty years old (Asbridge, 2015) and had trained as a squire, under apprentice to other knights and even participated in battles. Knights were required to master three inter-related skills; martial horsemanship, hand to hand combat and the ability to fight in medieval armour.

Much of the specifics of the martial art training methods used by European medieval knights has been lost to the passages of time. While we cannot know the names of every style of martial art that was studied by medieval knights, we do have fragments of information. We have surviving documentation of at least some of these arts, which members of the Historical European martial arts (HEMA) community have reconstructed based on textbooks that provide instruction on how to perform the techniques.

So then, what are the names of martial arts styles that medieval knights learned? One of these martial arts studied by knights was called L’arte d’Armizare (Italian: The Art of Arms) and another was called Kunst des Fechtens (German: The Art of Fencing). These two branches are the most popular styles of historical sword fighting studied today within the international HEMA community, sometimes referred to as Chivalric martial arts to contrast them to latter styles of European martial arts after the knightly class declined in relevance as military forces.

You can learn more about these chivalric martial art traditions from our articles,

There are three sections of our website that list what is currently reconstructed and known about the martial art traditions of medieval knights,

We hope this article about what martial arts medieval knights studied and learned helps you start your journey into learning historical sword fighting.